This past weekend was awesome!!!! I have not seen my family in four years. It was great to see them all.

So my trip started with my flight on Thursday out of SeaTac Airport being delayed. The delay left me about 55 minutes to get off the plane at Dallas/Ft. Worth and catch my connection to Cleveland. No problem, the departing gate is only two away, I got this! As I boarded the plane I check the American Airlines app one more time, gate changed. Now my connecting flight is another whole concourse away. Well this should be interesting. Finally got airborne. And the view of the Washington Volcanoes was awesome. 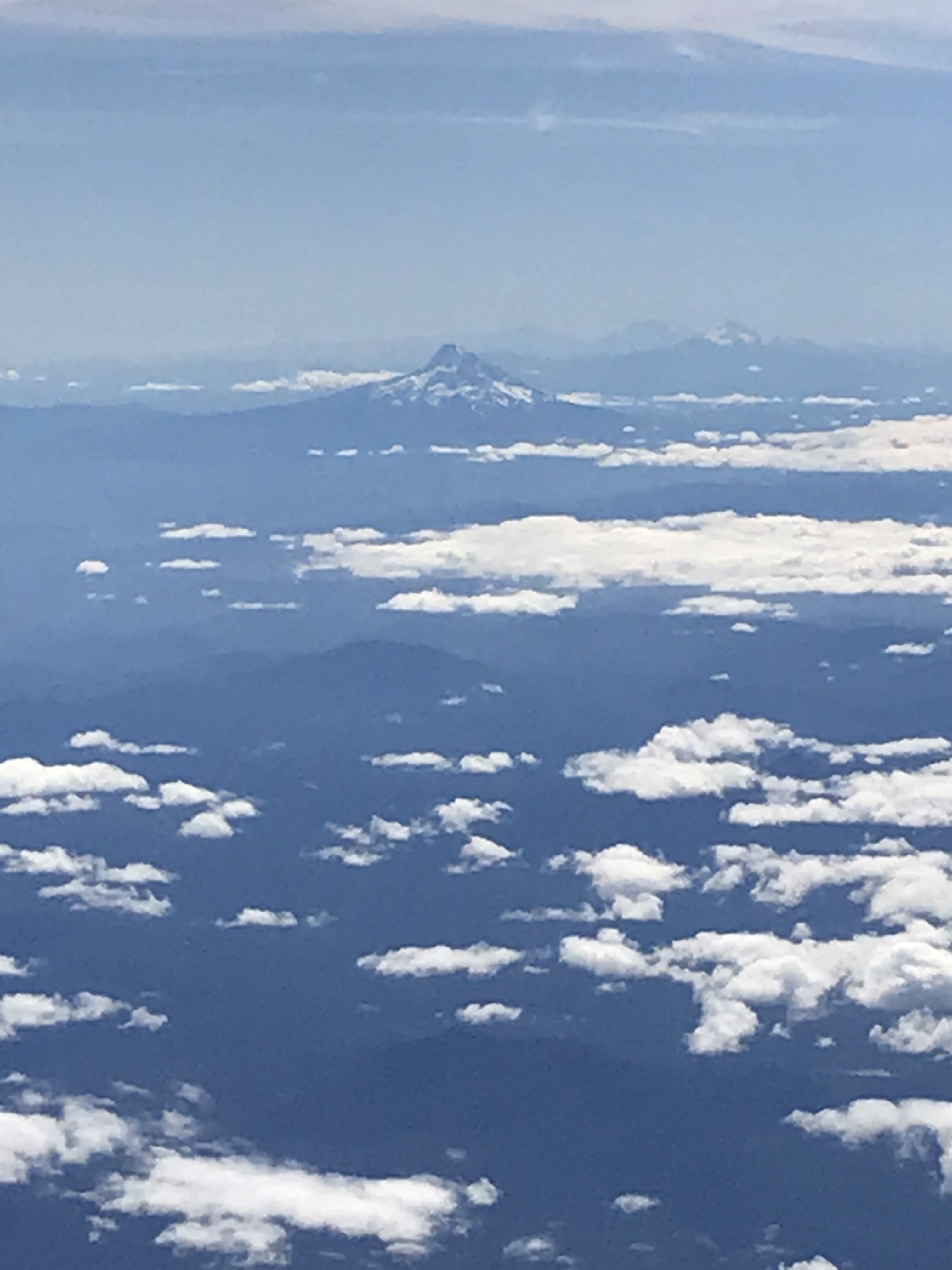 The flight was rather enjoyable. Small talk with my seat mates and got to see the Han Solo movie finally. We landed in Dallas and I checked my app again. My next flight was loading and I was still waiting to deplane….this could suck, and they changed my gate AGAIN. Now I have to get to the complete other side of the airport. As I get off the plane I am hit with heat and something I have not felt in four years heavy humidity. Thank my lucky stars they have a train. The race was on!! Made my next flight as they were doing the final boarding. I was a little sweaty as I boarded. I got to my seat and was ready to go and then the storm hit. We sat in the plane for an hour. Stale, and not cool, air blowing from the little vents. It was a long and sticky 60 minutes. We finally got the clearance to take off and all was good again.

As we approached the Cleveland Airport we flew by the Cleveland Indians and Cleveland Browns stadiums. Both teams were playing. As soon as the wheels hit the tarmac several guys were getting their phones out of airplane mode to watch the last few seconds of the Browns game. A good number of people on board must have been Browns fans because as soon as it was announced by one passenger that the Browns had just won their first game in two years several people on the plane began celebrating. I knew I was home!!!!!

Got off the plane and was greeted by my sister Tami, her husband Bob, and my niece Arieanne. Was great to see them all. Quick stop for car fuel and people fuel, I had not eaten since Thursday morning, and we were off to Ashland!

Woke up Friday morning and visited with my mom for a few. Then I was off running last minute rehearsal dinner errands with Tami and keeping her calm. Her oldest was getting married Saturday and she was a little stressed! Went by Home Depot and saw my dad. He was working his last day for several weeks. Was great seeing my the old man!!

Got to meet my 3 month old great niece Ellery, daughter of my Nephew Blake and his future Bride Drue. She is truly precious and my sister Tami makes a good Nana!

My Sister Betsy picked my up Friday afternoon and took me to her house. Enjoyed seeing her, Katy and John. We did dinner with Dad at Dorlo’s Pizza, pizza from my child hood!! And Katy was our waitress. And I got to see a thunderstorm!!!! We don’t get those in the Seattle area.

Went back to their place and watched the movie Ready Player One. The author of the the Book is a graduate of my high school and a good friend of my Brother-In-Law John. Great movie. highly recommend it if you have not seen it.

Saturday was pretty much laid back and getting ready for my Nephew Nick’s wedding. It was an absolute gorgeous ceremony. Got to catch up with some relatives I had not seen in quite awhile. Was a great Saturday night!!

This concludes the first part of my trip. Stay tuned for Part 2, Surgery Fun!!!